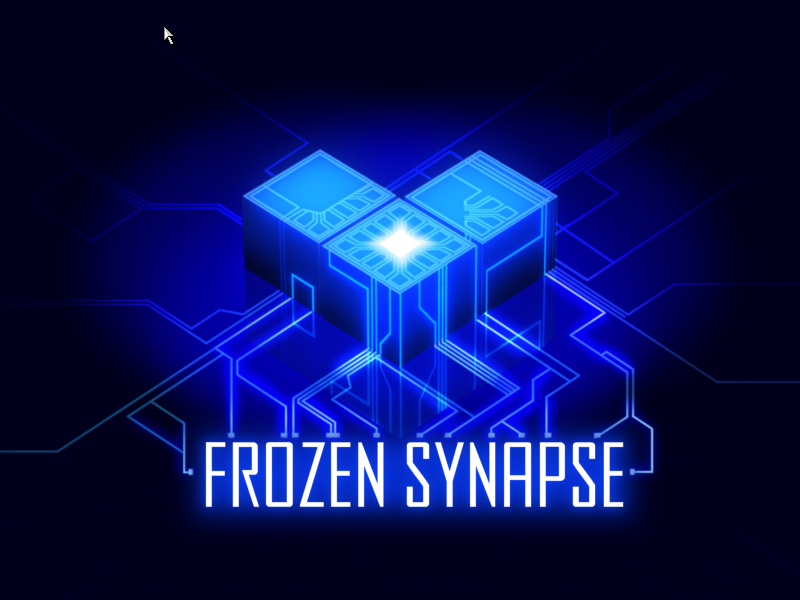 Frozen Synapse is one of my favourite games, and one of the few I like playing against other people.

By typing LevelEditor(); into the console (activated with the ` key) you can open the level editor. Otherwise you can access it when challenging an opponant. From there you can regenerate the level, move people round, change weapons. You can also load and save levels, which includes the ability to load/generate maps from an image file.

There's no cloud saving in Steam, so if you want to transfer your single-player campaign progress to another computer / OS you need to grab all the files titled spSave*.* from:

Sound on Linux didn't work for me until I installed the 32-bit version of libopenal (lib32-openal), and symlinked to it from the Frozen Synapse directory. FS is looking for the file libopenal.so in its own directory, so you need to point it to that.

You can symlink from the Frozen Synapse directory with: sudo ln -s /usr/lib32/libopenal.so.1.17.2 libopenal.so

A version of Frozen Synapse with more details graphics (to my eye they're much harder to read), and a simplified command menu. It seems like Frozen Synapse 2 steps back from all these changes.

Kinda a real-time / turn-based hybrid, but similar tactical planning, overhead view, shot-people thing. Maybe just as inspired by Rainbow Six. Has a tiresome upgrade tree. I don't like it much.

Except where otherwise noted, content on this wiki is licensed under the following license: CC Attribution-Share Alike 4.0 International